Afternoon of Nov. 26, 2011.  We’re supposed to have our lunch at Father Franco Farm.   But as we arrived there Father Franco was in Davao City.

We were welcomed by Father Franco’s dog.

Father Franco Uras  is an Italian Priest who lives in Buda, which is right on the Bukidnon/Davao border.

Father Franco’s place  is really a farm, of sorts.  Father grows tomatoes, egg plant, lettuce (many varieties) and lots of herbs and other veggies as well.

Recently, Father Franco has gotten in to growing rice too.  In addition to his crops, Father also raises rabbits at his place.  The rabbits, mostly, are sold to Davao restaurants who have rabbit based dishes on their menus.

Even though we haven’t seen Father Franco in person and taste his  Italian spaghetti and pizza we are still happy to see his plants, especially Rosemary.   Rosemary is widely used as a spice when cooking, especially in Mediterranean dishes. It is also used for its fragrance in soaps and other cosmetics.

Before I forget just recently Padre Ninno’s Gourmet was launched here in Davao City, one of Fr. Franco bottled sauces made of organically-grown herbs and vegetables.  Ninno was Fr. Uras’ nickname as a young boy back in Italy.  And yes, the bottled goods may be a bit pricey, just a bit.  But remember, you not just get to enjoy yummy pasta sauces and stuff, you are also able to help the Lumad children at Buda.

We headed back to our place to have our lunch.  A long the road we have seen so many strawberries (but I forget to take some pictures).

But here is one examples of strawberries being sold in BUDA.

This area, there are lots of people selling beautiful plants and flowers  and they are very cheap.  And strawberries too, which are also grown in the area.  I had been wanting to have some strawberries lately, and they are not readily available (fresh) in the City.  The strawberries are very sweet and good.

Hope we could have that one here in the City as fresh as it is.

One thought on “2nd Day at BUDA – Father Franco Farm”

I love this Blogs 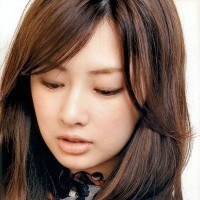 It’s All About Food

It’s All About Food 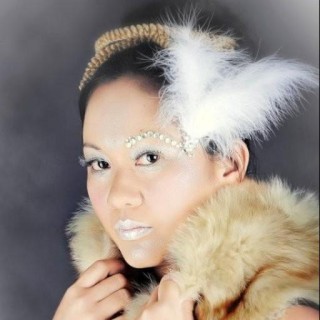 Hello world! My name is Pal Raine. By day, I am a slave to educational parenting of my two lovely daughters, Mikaela and Chelsea and am working at half on a day at my Shop. By nights and weekends, I am in the kitchen cooking away. I started this blog because I like to cook and I wanted a place where I could share my recipes with family and friends. Not only recipes but also fashions, glamour and styles. And I love to travel too. When I’m not at the shop or in the kitchen, you can usually find me spending time with my family and friends, watching every installment of the Real Housewives, drinking wine, and playing Fashion Style. I love healthy cooking and do the best I can to make recipes that are low in fat and sugar as often as possible, but I also believe that sometimes, you have to splurge! Thus, you will find a great variety of recipes here. I plan to share all of my favorite family recipes as well as new recipes coming from different cooking websites and am so excited to share my cooking adventures with you all! Have any questions? Feel free to email me at: raine_pal@yahoo.com Copyright Disclaimer: Like a recipe and/or picture you see on my blog? Great! I would love for you to share my recipes or pictures on your own site, however, if you plan to do so, please provide a link back to my blog and credit it to the blog owner. Thank You. Happy Posting your recipes, ideas as well.

Smile! You’re at the best WordPress.com site ever

A girl should be two things: Classy and Fabulous!